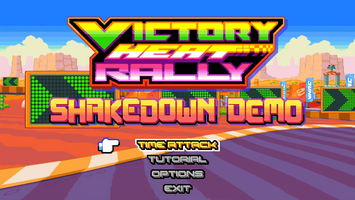 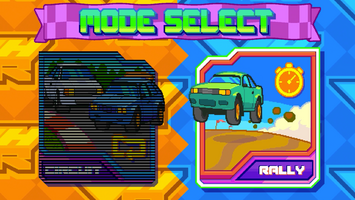 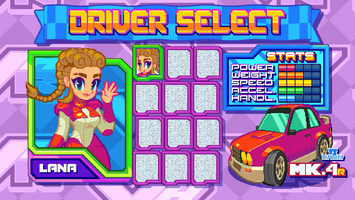 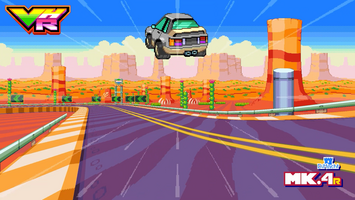 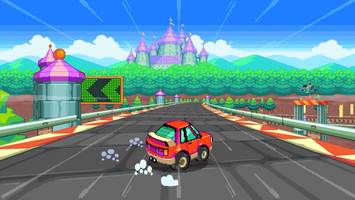 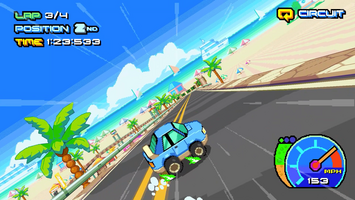 Victory Heat Rally has a publisher!!!

We're excited to be working with an excellent group of people who are just as passionate about games as we are!

Download & play the Shakedown Demo & don't forget to wishlist it on Steam!!! 🏁

I'm very happy for you! The last demo was so nice, I'll try the new one now!

WHAT A NICE DEMO!

For me, here is what is perfect :
- Visuals ! Note : New smooth roads are really nice, the old style was very cool too, but the smooth road are very... pleasant ! :D and add some visual precision.

- The add of the boost mechanic.

I have some feedback that I want to give you about my feelings after playing the entire demo... several times! ^^ (and beat staff "Expert" scrore ^^, is it your real best ? :P)

The boost is not launched at the release of the drift button (contrary to what is said in the tutorial), but when the car is straight, so I find that we lack control over the boost, both in terms of gameplay, and feeling.

Gameplay problem I had because of this : in "Rally" for example, I sometimes did 2 turns, and released the Drift between them, but the boost didn't launched, because it linked from one Drift to the other. So I'm frustrated because I made the effort to release the Drift to take advantage of the boost, but the game reacts as if I had not released it. My "pro move" is not took into account. Sometimes it almost feels like the controller is broken and the button is still pressed : for example, in "Rally" after the 3 jumps, the next 4 turns can be linked, without me wanting it!

To launch the boost precisly when the player release the drift button could potentially add a lot of control and even "style" to the driving, as it could allow you to "finish" the drift while boosting.

Concerning the feeling: take Mario Kart or Crash Team Racing, the boost feeling is more "percussive" because it really happens when the player decides to.

I discovered a good racing/drifting game ref recently: Kart Rider Rush + (Android) the game seems to be a Korean freemium MK copycat without depth, but in fact the gameplay is completely crazy (in "Race without weapons" mode of course). In particular, there is the notion of "perfect drift" which consists in drifting with very little curve, but on a long distance, very interesting. I strongly advise you to try this game, starting by the tuto, if it is not already done (on tablet it's nice. It is possible to play with a controller if you install the touch simulation app "Mantis Gamepad" and you have the correct usb adapter. Note: the PC version "Kart Rider Drift" is supposed to be released at the end of 2021, so we have to be patient for playing on PC...).

I also wanted to come back on the Drift itself. Contrary to what I said before about releasing the drift to boost instantly, I want, instinctively, that if I DON'T release the drift, I can link 2 turns, right and left for example. But this is currently not possible! I personally find it quite frustrating and I don't understand the logic. Why can't I "keep sliding" while changing direction?  Instead I stay stuck in the direction of my drift. I have the impression that this is inspired by the constraint present in MK and CTR, but that it has no justification in your game. Having the possibility to change direction without cutting the drift could potentially add more freedom in the driving style (and also in your level design possibilities). :)

Finally I'd like to come back to the sound of filling the boost gauge. I like the 3 sound "explosions" that indicate the 3 levels of boost obtained. However, I think that the sound of filling that pitch-up, does not indicate well the current state of filling. I think that it could be interesting to put a "gap" in the increase progression of the pitch, when obtaining each boost. It's a step by step feature, so I think it would be interesting to feel this step in the increasing sound pitch too. :)

Detail : I know it's a demo and so a very small slice of the game, but please next time : add a training mode : a time attack but infinite (like in F-Zero), to race FOR EVER (I have to go back to main menu and go throught all menus to restart, again and again... ^^ because I can't stop playyyyyinnnnnng !!!! :P)

Huge Thanks for this awesome demo!
Arcade racing games have a bright future ahead of them!
<3

ps: I'm french, sorry if my english is not always correct! ^^'

Oh I'd like to add something I really like!
- The fact that you can get off the road and back on. It breaks the codes of the genre, and adds the possibility of having epic moments! Please keep this! :D